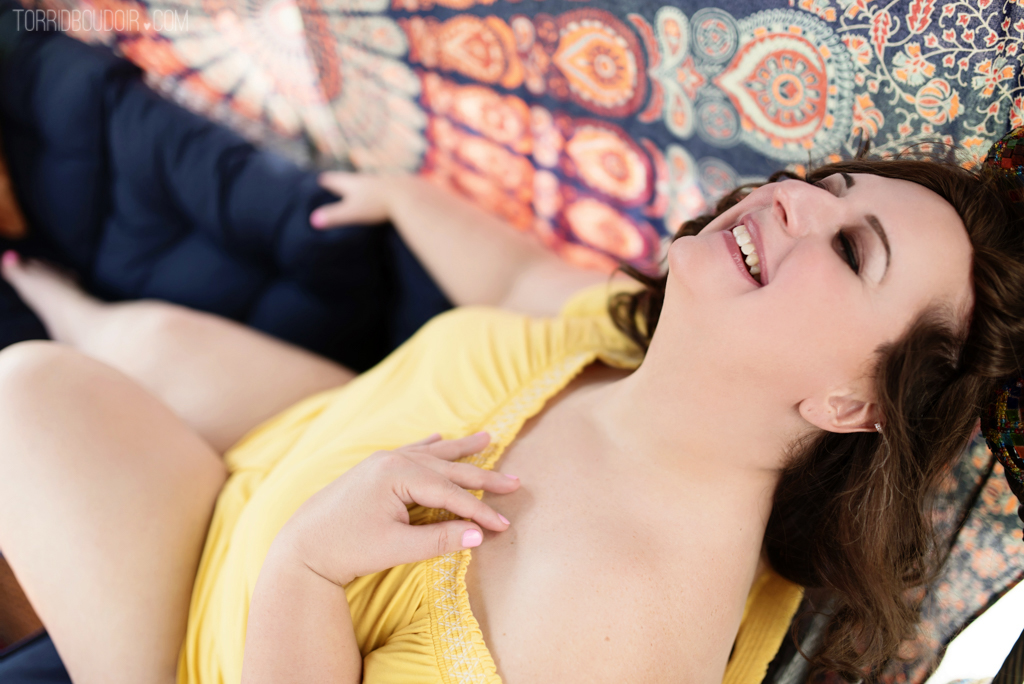 My story inevitably needs to start with a more detailed introduction.

Hi, my name is Sarah Tennyson, and I am a 44 year old transgender woman. I have known I was transgender and my name since the age of six and only revealed that truth about me to another soul at at the age of 43. I have spent the majority of my life in pain and fear hiding one of the most central parts of myself from everyone including all the people I loved. Since February of 2017, I have been transitioning and taking the necessary steps to help the world see the me that has always been and it has been an intense and marvelous journey. The last year and some have brought much needed healing, growth and self-discovery as well as for the first time in my life: true happiness.

A part of the remaining pain that I have been struggling with involves my body image. You see in addition to being trans, and having all the damage that Testosterone can do, I very much had an antagonistic relationship with my body my whole life. Somewhere along the ways I stopped caring about it. I left major medical metabolic and hormonal issues untreated and stopped caring about exercising or diet. In the end, at the worst, right prior to my transition, I weighed 410 lbs and couldn’t walk across the apartment without a cane. I have since lost 80lbs or so and regained my health and mobility, but the combination of all of the factors have left a lot of mental and physical scars that I am only beginning to heal.

Recently when a lover expressed how beautiful I was at a tender and vulnerable moment, I realized that the way I wanted to respond to that was not to have a full blown anxiety attack, and I decided to seek outside help.

I was exceedingly nervous about seeking this kind of help because of the wildcard that I have to deal with every day, namely, “how will they feel about me being transgender?” And of course the associated fears and anxieties that accompany having to be prepared to fight for or justify one’s existence every time I meet someone or need services from someone. In my search, I found a photographer that had done a similar shoot for another trans woman who was seeking to get in touch with her femininity. Despite being already comfortable in that part of myself, I figured that if she could help my sister reclaim her femininity, maybe she could help me reclaim my body image. Regrettably that person no longer did boudoir photos and was instead focused on birth photography. She however was able to refer me to Elizabeth and Torrid Boudoir. So with much trepidation, I decided to expose my vulnerability to a complete stranger with no idea whether they would accept me let alone help.

Going into your shoot, were you worried about anything?

It helped that Elizabeth had fun things my size to wear and all I had to worry about was some basic bras and panties, and that I didn’t need to worry about makeup and hair… but my biggest fears were around the raw vulnerability this entailed.

I remember thinking two weeks before the shoot that I was about to be naked or vulnerable in front of potentially three women I have never met or spoken to for more than a few minutes with. It didn’t help that at the same time we, as a nation, were undergoing a dialog involving traumas that I, along with a lot of other women, have personally suffered from and every day seemed to be a growing anxiety specifically around sexuality and nudity and trust.

Honestly, if it were not for the kindness and acceptance that Elizabeth showed me throughout the planning process as well as the support of the other women on the private VIP list, I probably would have run in fear.

I am still amazed that I somehow managed to get to the shoot, let alone get through it.  At the shoot Elizabeth, Lauren and Aneysa were absolutely wonderful and made me feel at ease.

On top of that my biggest worries involved the reveal. Given my reaction to even the concept I might be beautiful, I was honestly afraid I would flee the reveal crying. I even brought someone very close that I could use to help anchor me during the reveal.

What would you tell other women about doing a boudoir shoot with Torrid Boudoir?

Starting with general advice, I would say embrace your vulnerability. Too often today, as women, we have to resist vulnerability and embrace a form of hyper vigilance just to get through the day. This, in contrast, is one area where being able and willing to just let go and be in the experience was so critical. Don’t worry about how you look, or whether you are going to like the results, or whether your loved one is going to like the results, or whether you have anything pretty to wear. Let go and put yourself into Elizabeth’s capable hands. Trust that she will know how to help you.

Embrace open honesty. If you are worried about a body part, tell her. If you are worried she is going to want you to do things that trigger trauma, tell her. Tell her when your boundaries are flexible and when they are unassailable. For example, most of my boundaries were negotiable but one that was not involved my genitals.  I still have not undergone GRS and a have a very complicated relationship with that part of my body. I expressed this to her and at no point did I feel like those boundaries were at risk. At the same time some of my other discomforts I wanted pushed, like being topless, she was able to help me push and the results were stunning. That couldn’t have happened if I were not completely honest and open with her not just about my fears but my reasons for those fears.

For my trans sisters, let me just say… if you even have an inkling you might benefit from this, do it. With all the things I have had to do with my transition, this is one of the most profound from beginning to end. The team at Torrid Boudoir are all extremely accepting, aware and helpful. At no point at all during this process did I feel anything but supported and welcome. You deserve to heal from those things that have torn you apart for so long. This can help. Don’t worry about waiting for something in your transition to do this… do it as soon as you can force yourself to do it. If you want to talk to me about the effect this has had and how I was treated, reach out to me. Ask Elizabeth to add you to the VIP list and ping me there or on Facebook or at one of the local events. I am happy to help any of you that have questions or need help.

What was your favorite part of your session?

There was this point about half way through the third set that I started to let go. I stopped worrying about how I looked or what I should be doing and just gave up control. This allowed my to start to feel my body and embrace the sensuality that I was experiencing. It allowed me to look at the camera the way I would look at my lover and let parts of myself out from behind the carefully controlled walls I normally hide behind. By the set with my yellow shirt (which was sixth, I think), I had been able to fully embrace myself. It was the most real I have ever felt. It was also special for me because that shirt was literally the first piece of authentic clothing I ever wore in public and the first outfit I ever received a compliment on. I felt alive, I felt sensual and I felt beautiful. I reached out through the camera to those I cared about most and willed them to see and understand me. I was the Goddess and she was me.

I would love to say something pithy like ‘worry less’ but the truth is I couldn’t have done that differently the first time.

I think for future sessions, I think I won’t worry as much leading up to the shot and the reveal. I also would have liked to have taken advantage of her ‘banking’ system to save up some money for product at the end. I would have planned for getting the “I want it all” package even if I didn’t end up doing so, I would have at least had less anxiety over doing so in the end. Ultimately at first it seemed like a lot of money but it is a lot less expensive than some things I have spent money on during my transition and far more impactful.

But other than those things, I would only suggest that maybe if I had somehow been able to know what I know now, doing it earlier would have made a lot of things easier.

What changes have you noticed in yourself after your photo shoot with Torrid Boudoir?

Oh my. I am far more open. I actually did the “unthinkable” and shared most of my shoot with some close friends I trust and even a few pictures of it with the world on Facebook. I also signed a full model release which is something I couldn’t have envisioned doing. I am also far more able to see my own beauty and draw strength from and embrace it fully. It is hard to put into words how … powerful … this experience has been for me.

In truth, I am still processing the effects of this but I can tell already that they are going to be far reaching.

Thank you, Sarah, for sharing your experience with us. You will undoubtedly impact and help so many people. You are incredible and I am honored that you chose me to experience boudoir with. I’m lucky to call you my friend.